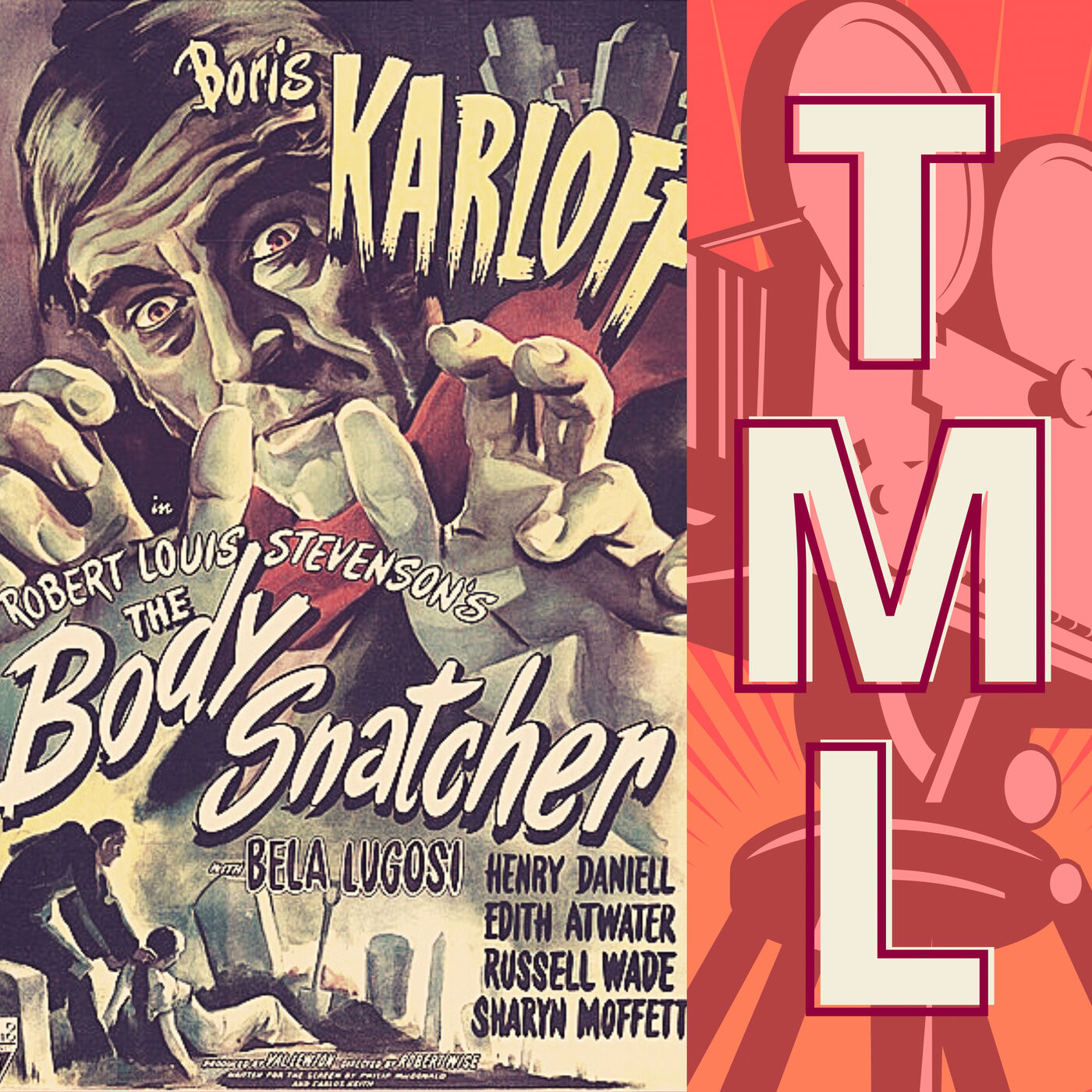 This week's movie monster is the Serial Killer!

Is it creepier that the camera doesn’t show any murder or violence?
This week, the TML Duo answer this question as they travel back in time to the foggy streets of 1800’s Edinburgh in this week’s movie The Body Snatcher, the 1945 Horror film, produced by Val Lewton at RKO. Izzi and David discuss the lustrious career of Boris Karloff and the pairing with Bela Lugosi and how Horror history changed the directions of their careers.

Dr. Wolfe 'Toddy' MacFarlane: Gray, I must be rid of you. You've become a cancer, a malignant evil cancer rotting my mind.
Cabman John Gray: You've made a disease of me, eh, Toddy?

Notes: Izzi mentions that Karloff did three movie with RKO from 1945-6. Including this movie, he performed in Isle of the Dead (1945) and Bedlam (1946), all produced by horror legend Val Lewton. He also starred in a RKO comedy in 1941, You'll Find Out, which he did in between his 6 film contract with Monogram Studios and a 2 picture deal with Columbia.